Liverpool may have found their next two wonderkids in Bobby Clark and Ben Doak with the pair potentially set to save Jurgen Klopp millions in transfer fees in the coming years. The pair impressed during Liverpool under-19s’ 4-1 win over Rangers in the UEFA Youth League on Wednesday and look set for an increased role in the first-team set-up in the future as the club looks to blood through their up-and-coming stars. 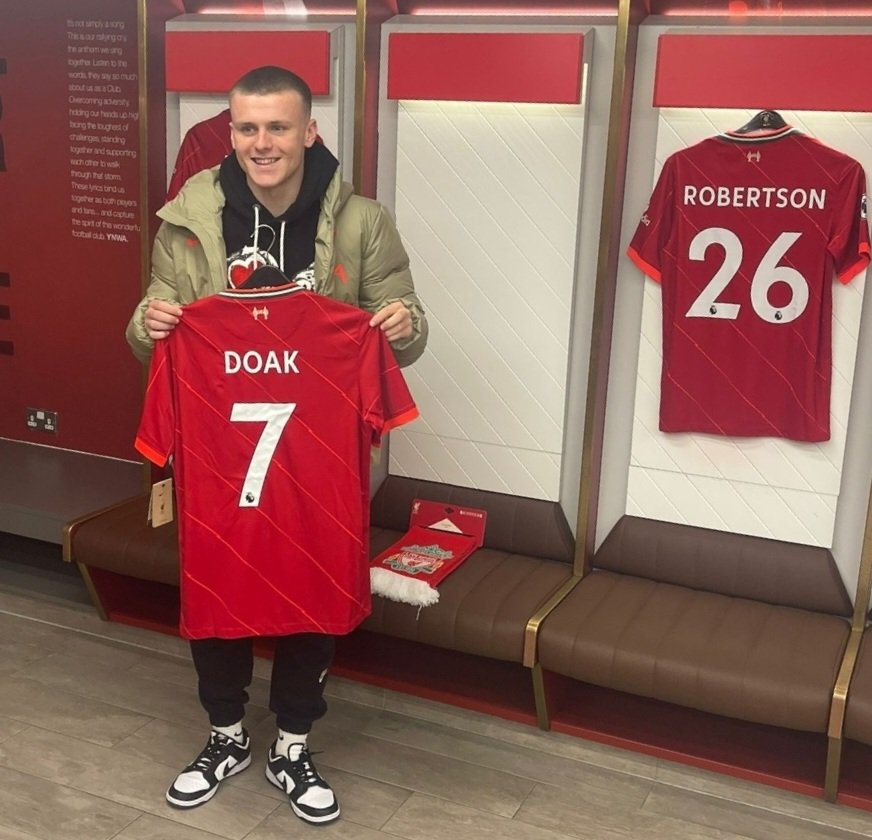 Both youngsters predominantly play in midfield with Clark usually residing in the centre, although he can also play on the left while Doak tends to reside on the right-hand side. They have both been heavily involved in the youth team set-up this season as Liverpool look to develop their academy stars for first-team action.

It is Clark who appears closer to competitive action having already made his first-team bow earlier this season. The 17-year-old was on the bench for fixtures against Crystal Palace and Manchester United earlier in the season before making his debut towards the end of the Reds’ 9-0 victory over Bournemouth, making him the first player born in 2005 to play in the Premier League.

He is in his second year at the club after joining in 2021 following seven years within the Newcastle youth set-up. The son of Magpies hero Lee Clark, he already has the acclaim of Klopp, with the German holding face-to-face talks with the youngster in order to convince him to move to Merseyside. He looks set to have a genuine chance of an increased senior role in the future, especially given Liverpool’s recent struggles in the centre of the park.

While Doak is further away from senior action, he has been named the club’s best academy product. He has scored four goals in eight youth games since joining from Celtic in the summer, having originally been nurtured within the Scotland Performance School which has helped produce the likes of Billy Gilmour and Nathan Patterson.