Denmark manager hails Kasper Schmeichel as one of the best

Denmark head coach Age Hareide believes Kasper Schmeichel is among the top three goalkeepers in the world after starring for his nation at the recent World Cup. The Leicester City ace was the standout performer for the Danes at the tournament with two clean sheets but he could not help the team progress beyond the round of 16 after a penalty shoot-out defeat to Croatia. 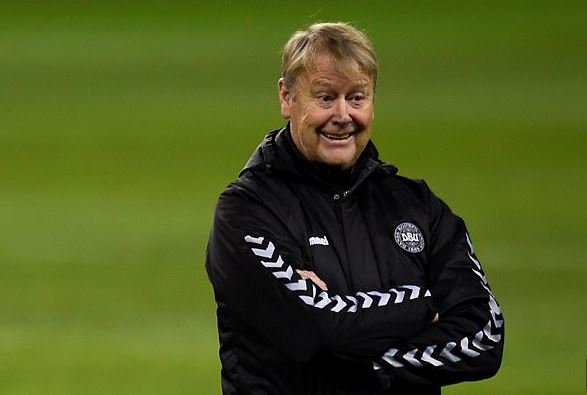 Speaking to reporters, Hareidi heaped praise on the national team goalkeeper and believes the Dane can get better despite his trailing age, he said: “He is in the top three. He was perhaps the best goalkeeper at the World Cup. He has also shown earlier, especially in that season when Leicester won the Premier League, that he is at the top. So I want to say that Kasper is in the top three. Kasper’s attitude is getting better every single time. That’s why he gets better and better. I think he could be even better. He has also gained a lot of experience gradually and he always works hard.”

Since the end of the World Cup, Schmeichel has been constantly linked with a move to Chelsea with the Blues supposedly eyeing a new goalkeeper to replace Thibaut Courtois. Nevertheless, there appear more chances of the Dane staying put with Leicester reluctant to lose his services after the departure of Riyad Mahrez to Manchester City earlier in July.

Leicester begin their Premier League campaign with an away trip to Manchester United but before that, the club will be hoping to restrict potential offers for their star players. Aside from Schmeichel, Harry Maguire has also been associated with a probable exit after starring for England at the World Cup but the Foxes are likewise expected to knock back offers. Maguire is presently of interest to Manchester United.